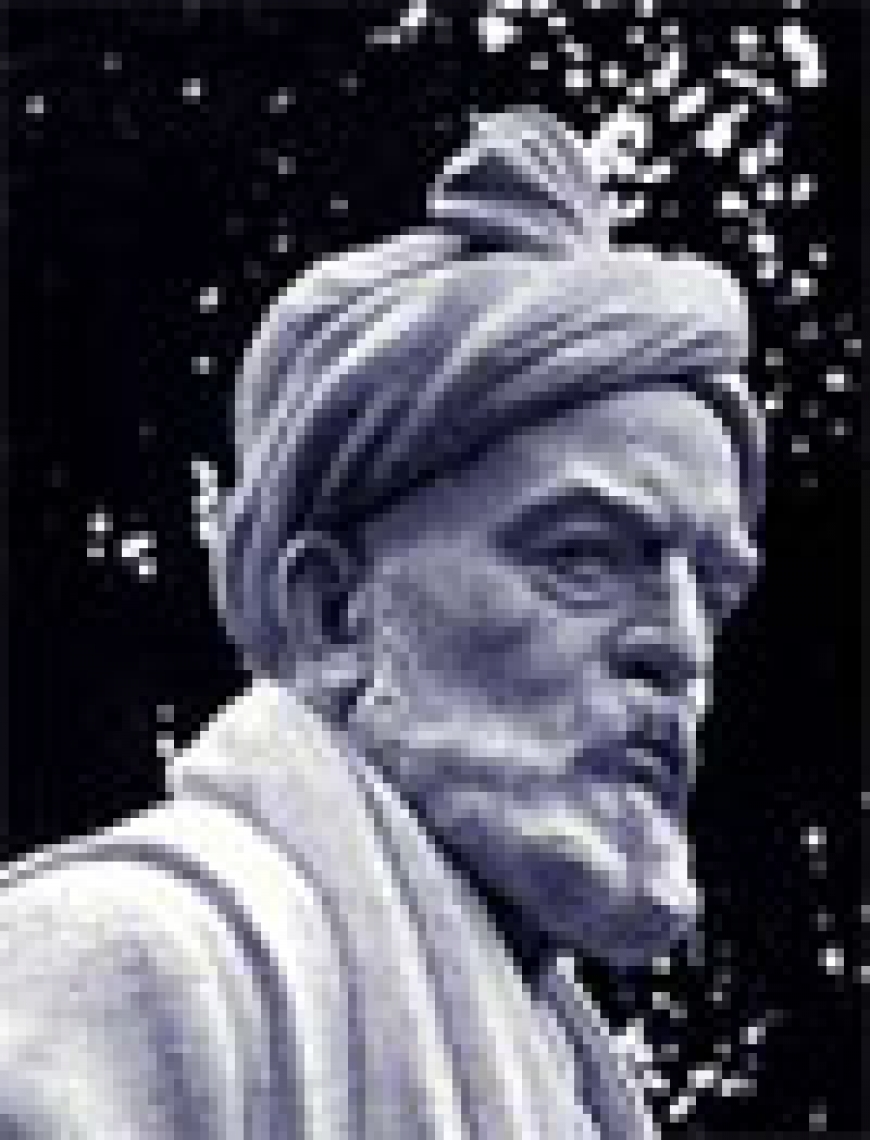 Ferdowsi is considered to be one the greatest Persian poets and is much revered by the Persian speaking world. For over a thousand years Persians, Afghanis, Azeris, Georgians, Tajiks, Kurds, and a myriad of other ethnic groups have continued to read and listen to recitations from this masterwork.

Ferdowsi was born in Iran in the province of Khorasan in a village near Toos, in 940 CE. He devoted most of his adult life to writing The Shahnameh. It was originally composed for the Samanid princes of Khorasan, who were the chief instigators of the revival of Persian cultural traditions after the Arab conquest of the seventh century.

During Ferdowsi’s lifetime this dynasty was conquered by the Ghaznavid Turks, and there are various stories in medieval texts describing the lack of interest shown by the new ruler of Khorasan, Mahmoud of Ghaznavi, towards Ferdowsi and his work. Ferdowsi died around 1020 CE in poverty and embittered by royal neglect, though confident of his poem’s ultimate fame.

The Shahnameh or The Epic of Kings is one of the definite classics of the world. It tells hero tales of ancient Persia. The contents and the poet’s style in describing the events takes the readers back to the ancient times and makes he/she sense and feel the events.

Ferdowsi was a landowner, deriving a comfortable income from his estates. He had two children, a son and a daughter. However, this was not enough for him to provide his daughter with a handsome dowry, and so he set his hand to the task that was to occupy him for more than 30 years. The year 1006 CE, when the poet was 67, was the worst period of his life. In this year his 37-year-old son died. The poet describes his grief in extremely simple and personal language, complaining to his son that he has gone on ahead and left his father alone, and asks God’s forgiveness for him. Ferdowsi’s Tomb is in Toos near the modern day city of Mashhad (in Iran). The Shahnameh, finally completed in 1010 CE, was presented to the celebrated sultan Mahmoud of Ghaznavid, who by that time had made himself master of Ferdowsi’s home province of Khorasan.

Information on the relations between poet and patron are legendary. According to the tale, Ferdowsi came to Ghaznavid in person and through the good offices of the minister Ahmad-ebn-Hasan Meymandi was able to secure the Sultan’s acceptance of the poem. Unfortunately, Mahmoud then consulted enemies of the minister as to the poet’s reward. They suggested that Ferdowsi should be given 50,000 dirhams, and even this, they said, was too much.Mahmoud was influenced by their words, and in the end Ferdowsi received only 20,000 dirhams. Bitterly disappointed, he went to the baths and, upon leaving, bought a draft of foqa’ (a type of beer) and divided the whole of the money between the bath attendant and the seller of foqa’.

Fearing the Sultan’s wrath, he fled first to Herat, where he was in hiding for six months, and then, by way of his native Toos, to the province of Mazanderan, where he found refuge at the court of the Sepahbad Shahreyar, whose family were descended from the Sassanians.

There Ferdowsi composed a satire of 100 verses about Sultan Mahmoud that he inserted in the preface of the Shahnameh and read it to Shahreyar, at the same time offering to dedicate the poem to him, as a descendant of the ancient kings of Persia, instead of to Mahmoud. Shahreyar, however, persuaded him to leave the dedication to Mahmoud, bought the satire from him for 1,000 dirhams for each verse, and had it expunged from the poem. The whole text of this satire, bearing every mark of authenticity, has survived to the present.

Ferdowsi however, died just as Sultan Mahmoud had determined to make amends for his shabby treatment of the poet by sending him 60,000 dinars’ worth of indigo. The earliest date given by later authorities is 1020 and the latest 1026 CE; it is certain though that he lived to be more than 80.

More in this category: « The Shahnameh Rostam and Sohrab -2 »
back to top